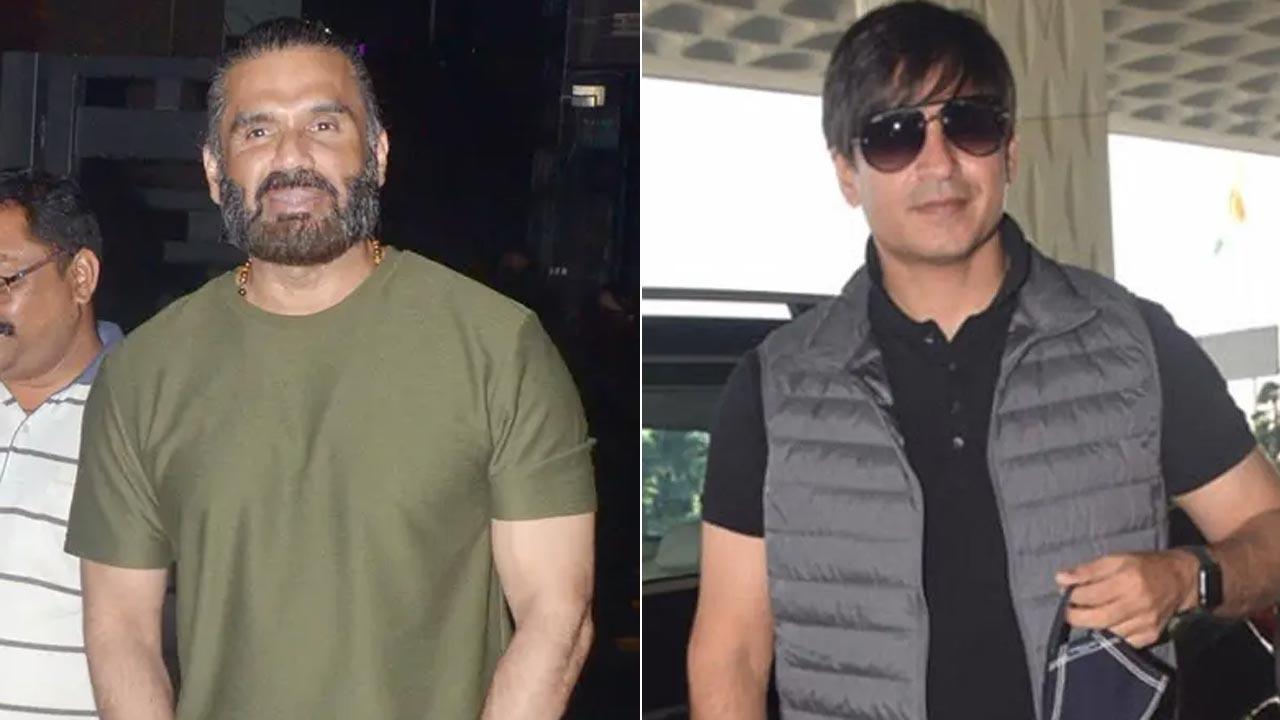 As the crime thriller series `Dharavi Bank` released on Saturday, its lead stars Vivek Oberoi and Suniel Shetty visited the streets of Dharavi and spoke about its people and their experience of filming in the location.

Helmed by Samit Kakkad, the series is streaming exclusively on the OTT platform MX Player from November 19 onward.

Vivek, who is playing the role of a police officer, spoke to ANI about the series, and said, “The story is on two levels. First is Talaivan, for whom Dharavi is his bank and home. From here he controls the state`s power. Then one sharp and fearless cop decides to break his empire anyhow by using or manipulating the system.”

He then talked about Dharavi and added, “It is the identity of this series, we have shot it here and the people here have helped by supporting us. My personal experience of Dharavi has been very good. When we were shooting here people used to call us into their homes and offer us lunch and dinner. It never felt like we are on a shoot location.”

During the interview, Vivek even happily obliged for some selfies with his fans who were among the crowd.

Suniel, who is playing a gangster in the show, characterised his role as ruthless and said, “If you talk about ruthlessness then I feel that Suniel Shetty automatically fits in it. I am comfortable in this role as they call me Anna already and now I am Thalaivan.”

He further spoke about Dharavi and its people, “They celebrate all festivals be it Eid, Diwali or Christmas. Further, products made here reach our country`s top department stores and malls. Several communities are settled here and they all live together and work in collaboration.”

Vivek, on the other hand, will be next seen in an upcoming action thriller series `Indian Police Force`.

Sameer Nair: We aren’t trying to copy, or be better

Bhavana Pandey on her life after `Fabulous Lives of Bollywood Wives` 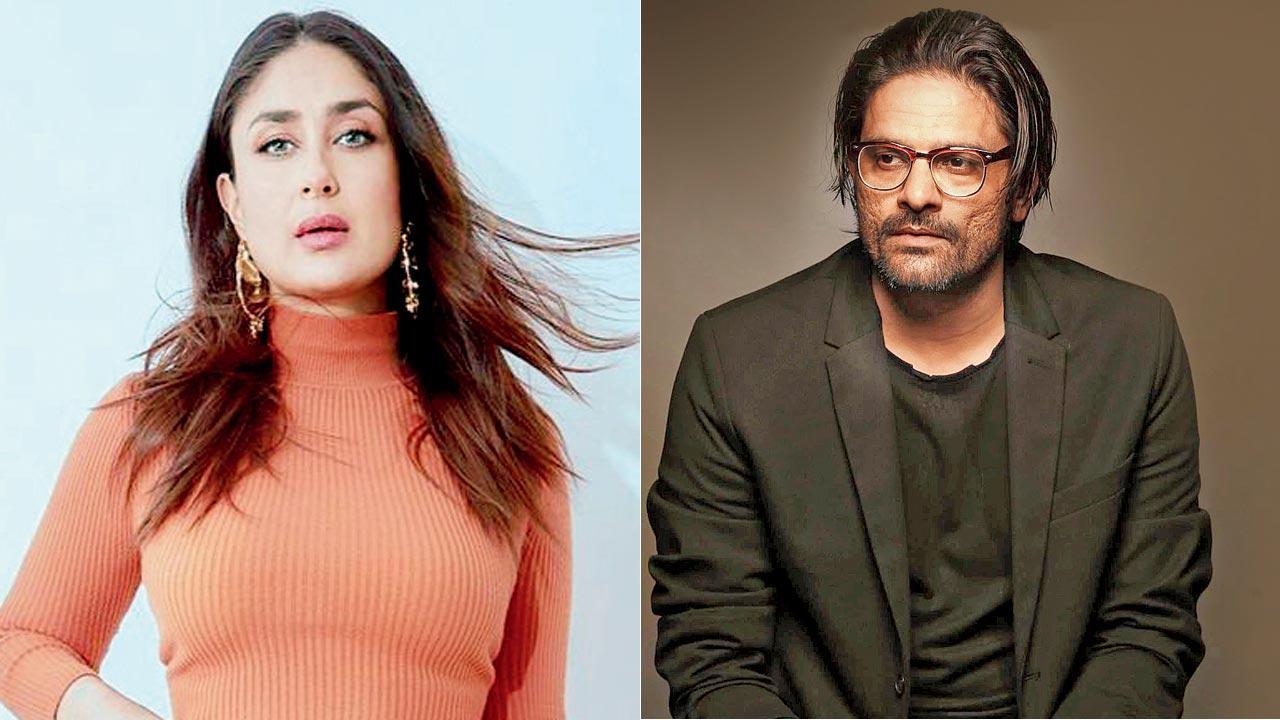 Vivek Oberoi on his `Dharavi Bank` role: Dignity of men in uniform is important

Bollywood actor Vivek Anand Oberoi, who plays a cop in the recently released streaming show `Dharavi Bank`, is very mindful of portraying the men in uniform in their true spirit and believes that it is important to render a sense of dignity to the roles of righteous cops.

The actor shared that it was important to not play the part in a caricaturish fashion. Talking about the same, the actor told IANS: “It is important to dignify men in uniform. It`s a noble profession that commands respect from the artistic community. As writers, creators and even in the audience, we need to make the extra effort to get it right on screen. I wanted to bring in gravitas to the part. I researched extensively and spoke to my friends who are cops about their experiences, their challenges.”

Having been around men in uniform and been friends with them, the actor was insistent that he plays it as authentically as possible.

“In the end every fiction series is indeed a dramatic retelling but it is upon the actor to ensure it`s as close to reality as possible. From getting the day-to-day cop jargon right, to getting the body language, the walk, the psyche, I went all out to ensure that this depiction of what a cop from the Mumbai Police force is like doesn`t resemble past and present screen renditions. I am glad that the response is so positive and heartwarming. It truly makes all the work feel worth it,” Vivek added.

Directed by Samit Kakkad, the show, which also stars Suniel Shetty in his streaming series debut, is a classic gangster versus cop story and is currently streaming on OTT platform MX Player. 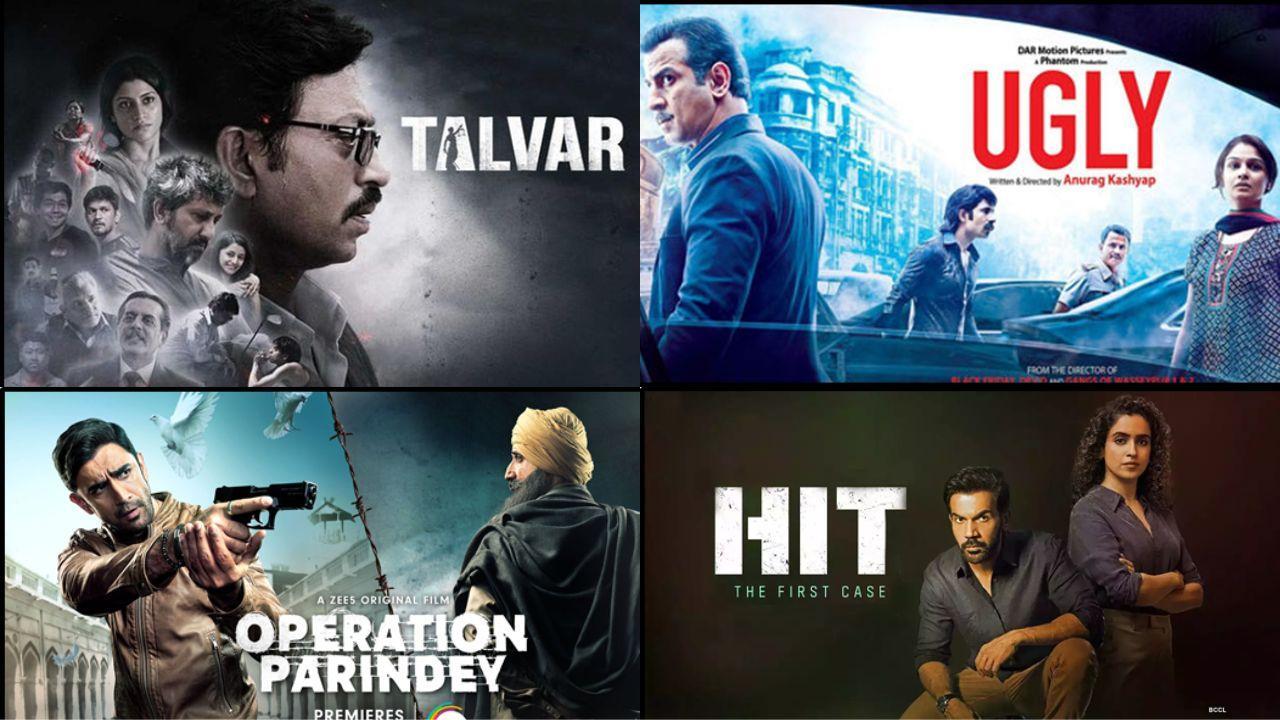 If you’re looking for a high-octane film to watch this weekend, here are some top choices across the OTT platforms.

HIT: The First Case (Sony MAX)
`HIT: The First Case` is a remake of the popular 2020 Telugu film of the same name. Starring Rajkummar Rao and Sanya Malhotra in lead roles, the film takes viewers through the life of Vikram, a 32-year-old cop. While he is battling with his own traumatic past, the stakes get high when a girl called Preethi mysteriously disappears in Hyderabad and Vikram is assigned to solve the case at any cost.

Also Read: mid-day`s OTT recommendations: Five movies and shows that you can binge-watch

Ugly (Zee 5)
Starring Ronit Roy, Vineet Kumar Singh and Rahul Bhat, `Ugly` takes viewers through the story of Rahul, a struggling actor, who searches for his daughter, Kali, after she goes missing. Soon, he and Bose, her stepfather who is also a policeman, begin to accuse each other of kidnapping her. The film received critical applause and was loved by audiences upon its release and emerged to be a cult classic. Fans can stream Ugly on Zee5.

Article 15 (Netflix)
`Article 15` is the story of An upright city-bred police officer launches an attack against the caste system after caste-based discrimination and other crimes are dismissed in rural India. The film stars Ayushmann Khurrana in the lead role and will keep fans captivated till the very end and acquaint them with the shocking condition of the rural society. Article 15 is available to stream on Netflix.

Talvar (Disney+Hotstar)
Starring the late Irrfan Khan and Konkona Sen Sharma, `Talvar` is the story of a hardened cop who deals with three conflicting perspectives involving a brutal double murder. The case is complicated as the prime suspects are the parents who supposedly killed their teenage daughter. The film is filled with high octane twists and turns and is available on stream on Disney+Hotstar.

Also Read: From `Dahan` to `Jogi`, latest releases you can watch on OTT platforms and television

Operation Parindey – Zee5
`Operation Parindey` is based on the story of a 2016 jailbreak in which 6 inmates escape from Delhi`s safest jail. Prisoner chief Monty Singh is plotting a major terrorist attack in the country. Manoj is given the responsibility to stop and catch Monty Singh. The film that stars Amit Sadh and Rahul Dev in prominent roles is available to stream on Zee5.